Is a disease where the tissue that normally grows inside the uterus develops in areas outside it. Although pregnancies do occur naturally in women with endometriosis, pregnancy rates are superior with IVF.

Endometriosis is a condition in which tissue similar to that of the uterine lining (or womb lining) grows outside of the uterus. Known as endometrial tissue, it may instead grow in places such as the fallopian tubes, the ovaries, and the pelvic region. On some very rare occasions, endometrial tissue may also be found in other areas outside the ones already mentioned.

It may not commonly be spoken about, but endometriosis is the second most common gynaecological condition in the UK. 1 in 10 women or people who are non-binary or transgender but have uteruses, will have it. Worldwide, it is estimated that around 10% of people with female reproductive organs are living with one of the stages of endometriosis. 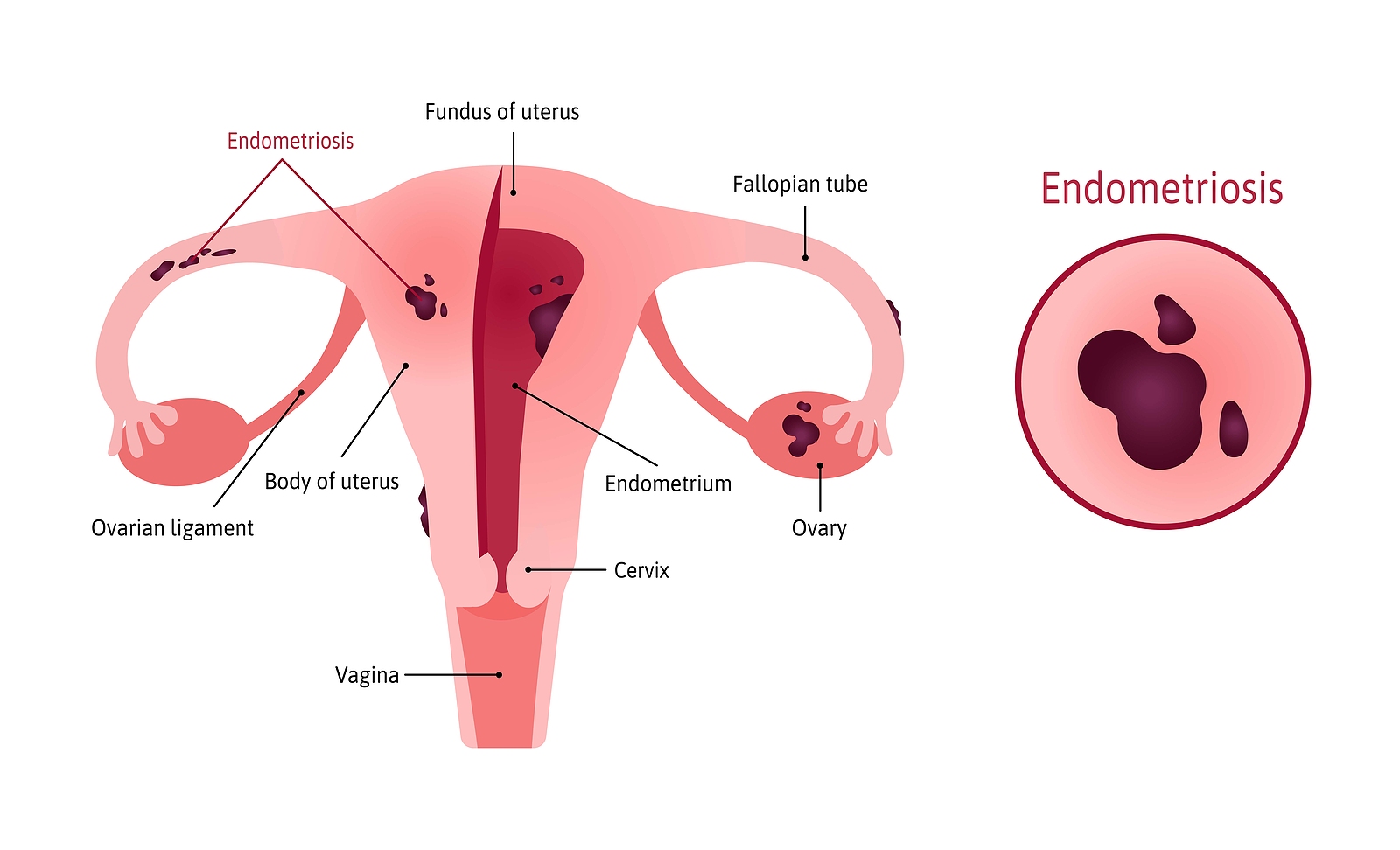 When someone has endometriosis, the endometrial tissue will act in the same way as any other uterine tissue found in their body. This means that it will thicken over time, break down, and form part of the bleed that comes with a period and starts the next menstrual cycle. However, as this tissue is not located within the uterus, it will have no way of exiting the body and will instead become trapped.

If endometriosis is affecting a person’s ovaries, it may also cause cysts known as “endometriomas” to form. The surrounding tissue may then become irritated, eventually developing into scar tissue and adhesions. These are bands of fibrous tissue that can cause the pelvic tissues and organs to become stuck together.

There are several different ways to measure and group endometriosis. The most common of these is the scale used by the American Society of Reproductive Medicine, which assigns points according to the development, depth, and spread of the endometrial tissue in a patient’s body. From this, a person’s condition may be ranked into one of four different stages, with Stage 1 being minimal and Stage 4 being severe.

It isn’t yet known why some patients will experience endometriosis more severely than others, and not every person with the condition will go through the different stages. In some cases, even where the endometriosis is left untreated, the symptoms will remain the same. They may also get worse or get better by themselves over time.

As well as by stages, it is also possible to group endometriosis by the area of the abdomen or pelvis it is affecting. This means patients are most likely to have one of four main types:

It is also important to ensure that you are being supported by a professional, as well as family and friends when managing your endometriosis. Often, it can be of help to find a support network online of people who have had similar experiences and can provide advice and information you have not been made aware of before.