In conventional IVF, initial treatment with medications is used to generate a relatively high number of egg cells. For this purpose, patients are usually given daily subcutaneous injections.

Conventional IVF, which may also be called Stimulated IVF by some specialists, is a form of fertility treatment that works by using specific fertility drugs to obtain multiple eggs from a patient. The eggs collected as part of an IVF cycle will then be fertilised to create multiple embryos, some of which will then be used in the cycle. The other embryos will then be frozen and stored for future use, if the patient should need to try again or if they later decide that they want their first child to have a sibling. 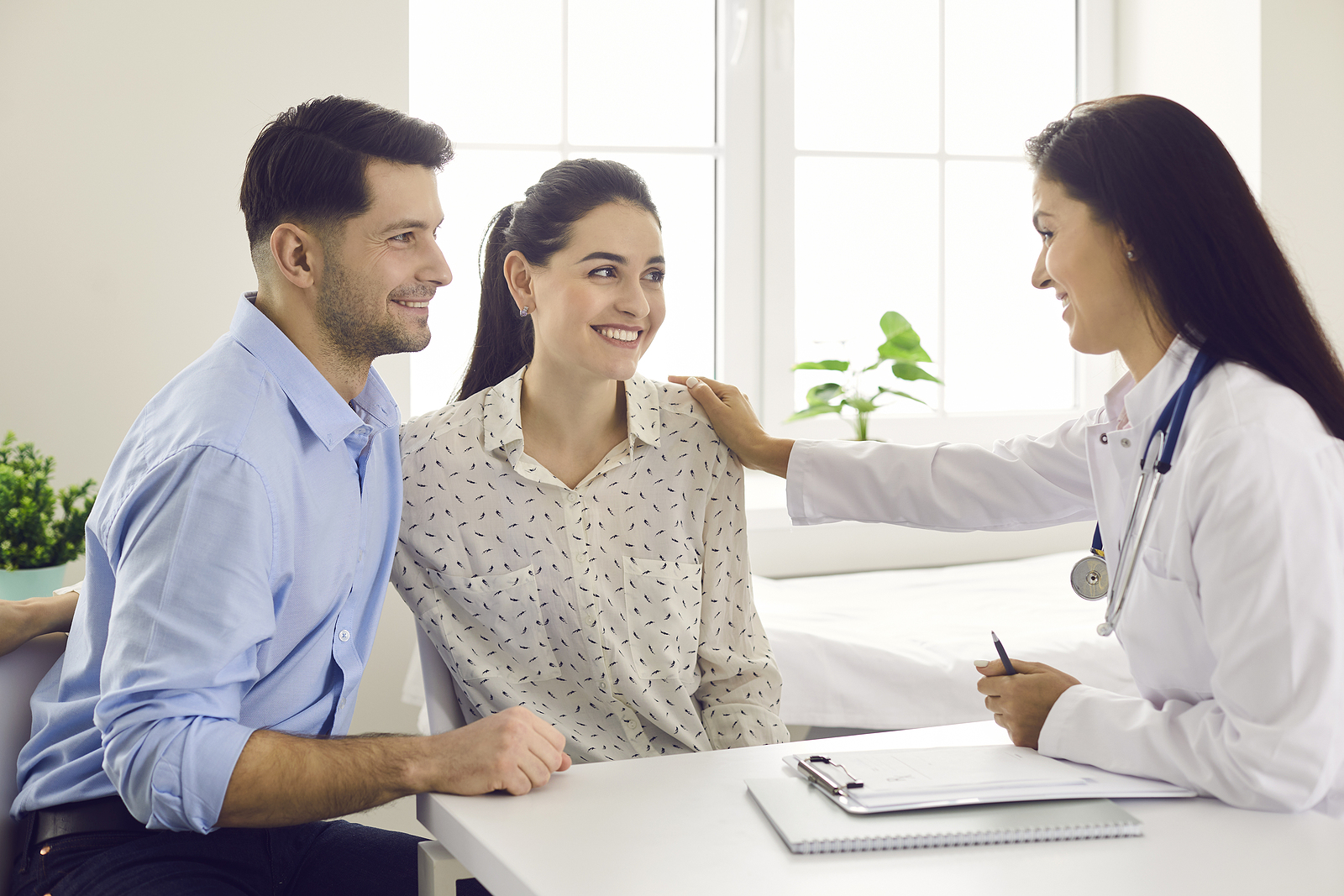 The fertility medications utilised within Conventional IVF are used to stimulate the patient’s ovaries. This means ensuring the growth and maturity of the follicles that produce eggs. Multiple follicles will be kept under observation by specialists through ultrasounds and bloodwork during this time.

The drugs used within a cycle of Conventional IVF include:

Once the patient’s follicles have been seen to have reached a certain size, they will then be collected in a process known as “egg retrieval” or “egg collection”. This procedure is always performed under anaesthesia, and the eggs that are collected will then be mixed with a chosen sperm sample. The sample used can either come from the patient’s partner or a known or unknown donor.

The embryos created from this mix of egg and sperm cells will then be allowed to grow and develop within a laboratory environment until the monitoring embryologist has found the ones most suitable for embryo transfer. This is the stage of the IVF cycle in which an embryo is transferred back into the patient’s uterus, hopefully to continue into a pregnancy.

A similar form of fertility treatment to Stimulated or Conventional IVF is Mild IVF. It works in such a comparable way to it that it is often termed Mild Stimulated IVF for that very reason. During a cycle of Mild IVF, stimulating drugs will be used to collect between 2 and 10 eggs for fertilisation. However, these drugs will be given at a lower dosage than they would be in a cycle of Conventional IVF, and for a shorter duration period.

If a cycle of Conventional or Mild IVF is not ideal for the patient, then they may be offered the chance to undergo Natural cycle IVF instead. This form of treatment is different to Conventional or other forms of stimulated IVF because it does not use drugs or medication to stimulate follicle growth. It may be offered in particular to patients who are at risk of ovarian hyperstimulation (OHSS) or have cancer and their condition would be made worse by fertility drugs.

This type of cycle relies on the patient’s body naturally selecting the follicle to produce the best egg for collection. Once this egg has matured (which usually happens between Day 10 and Day 12 of the patient’s menstrual cycle), a fertility specialist will collect it.

Once the egg has been collected, it will be fertilised by a partner’s or donor’s sperm and monitored for signs of development. If this is successful and the egg shows signs of dividing into cells, it will be placed into the patient’s uterus 2 or 3 days after fertilisation has taken place. A pregnancy test will then be carried out 14 days after this, with the entire process based on the patient’s menstrual cycle and little to no drug use throughout.

Because this form of treatment only makes use of one egg cell, unlike Conventional IVF, there will be a much lower chance of multiple pregnancies